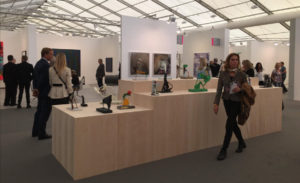 Eddie Martinez was born in Groton, CT in 1977. He now lives and works in Brooklyn, NY.  His body of work is expertly balanced between the frivolity of cultural signifiers and the psychological meaning behind the symbolic form.

An amalgamation of abstraction and figuration. His new sculptures that received rave reviews at London’s Freize Fair capture an expressionist style that entails a broad visual vocabulary of movement. Martinez’s work was recently elected as one of the 10 best at Frieze London 2016. 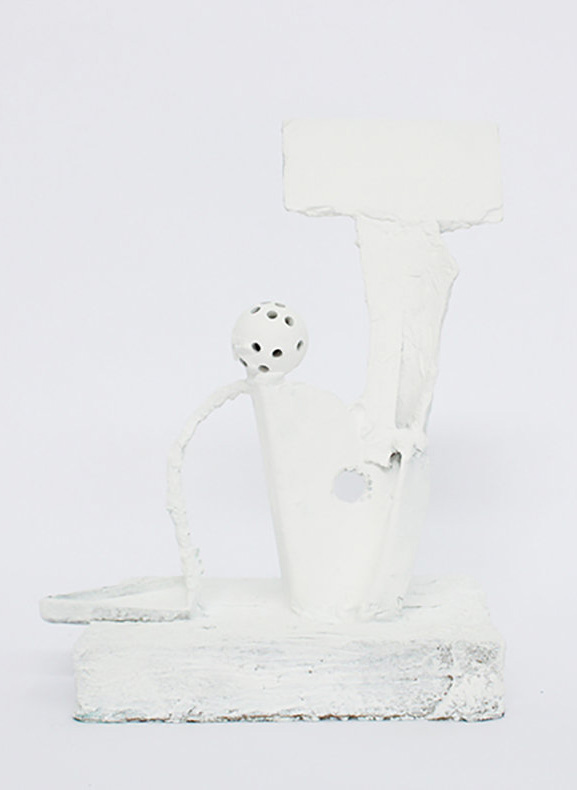 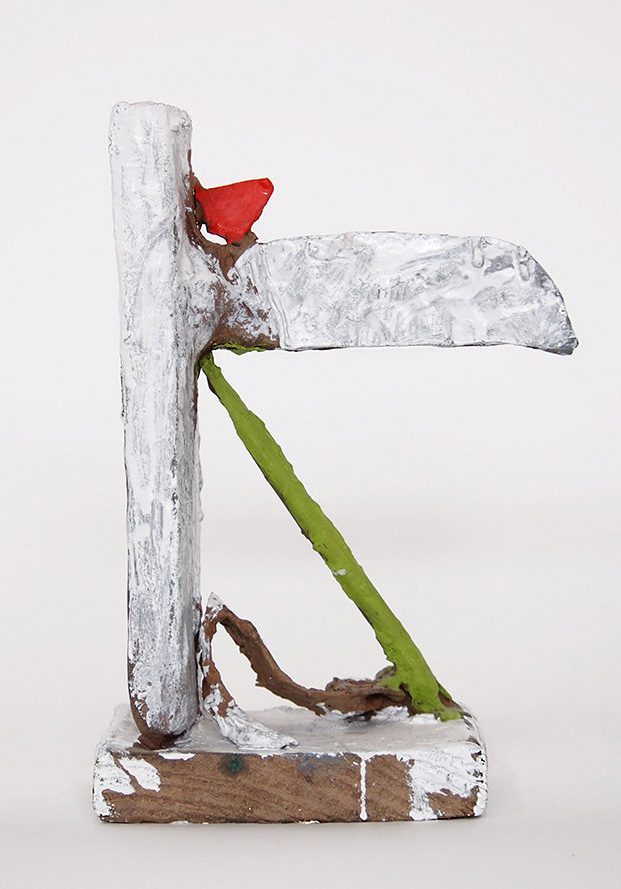 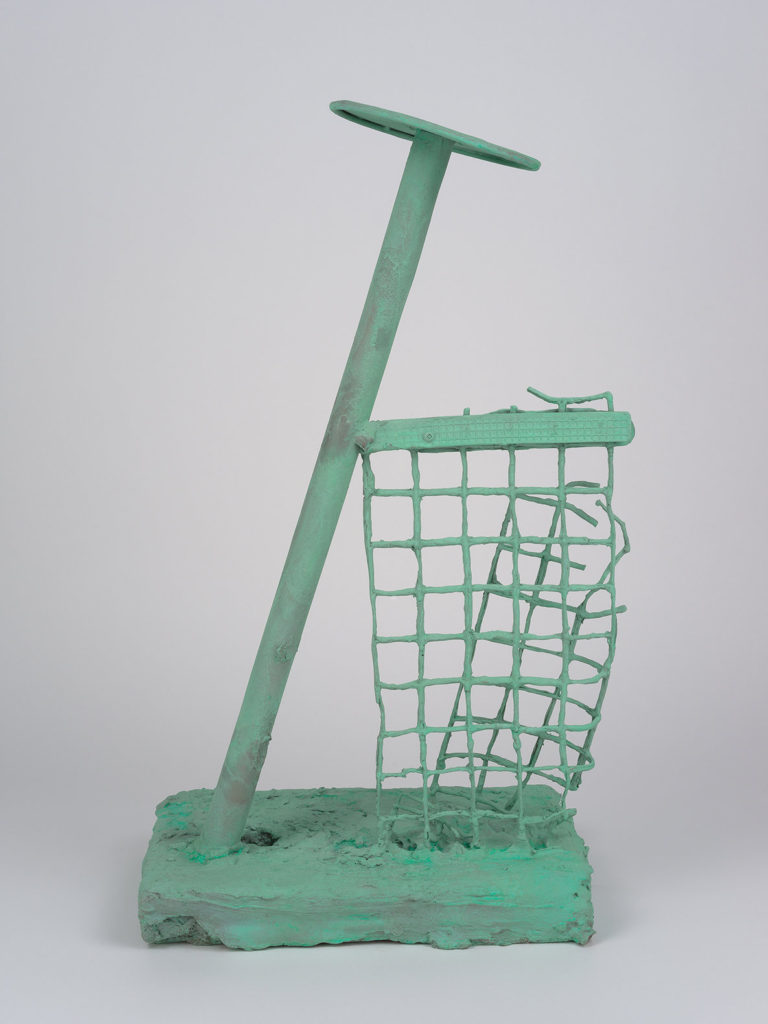 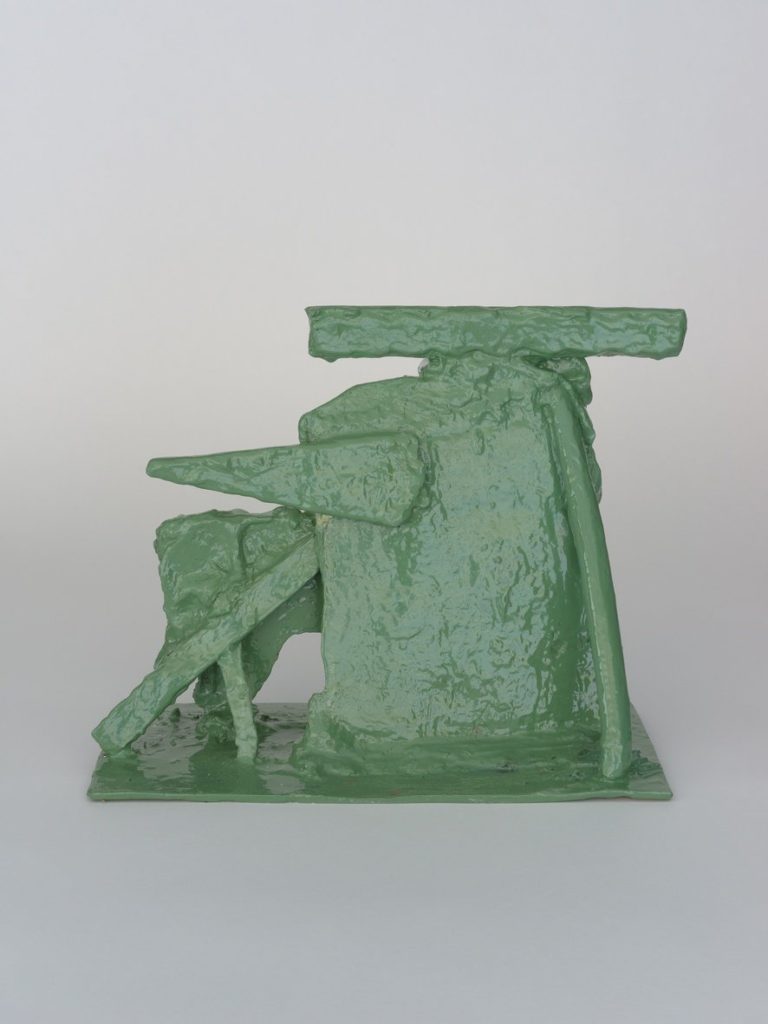 Everything is in a precarious state of balance in Erik Benson’s most recent series of paintings, made in 2015 and 2016, and collectively titled “Stacks”.

His ingenious use of materials is even further expanded with multiple references to urban architecture, it’s relationship to nature and the temporal structures that are part of human existence. This body of work includes wonderful connections to art history, teen culture, architecture and graffiti. 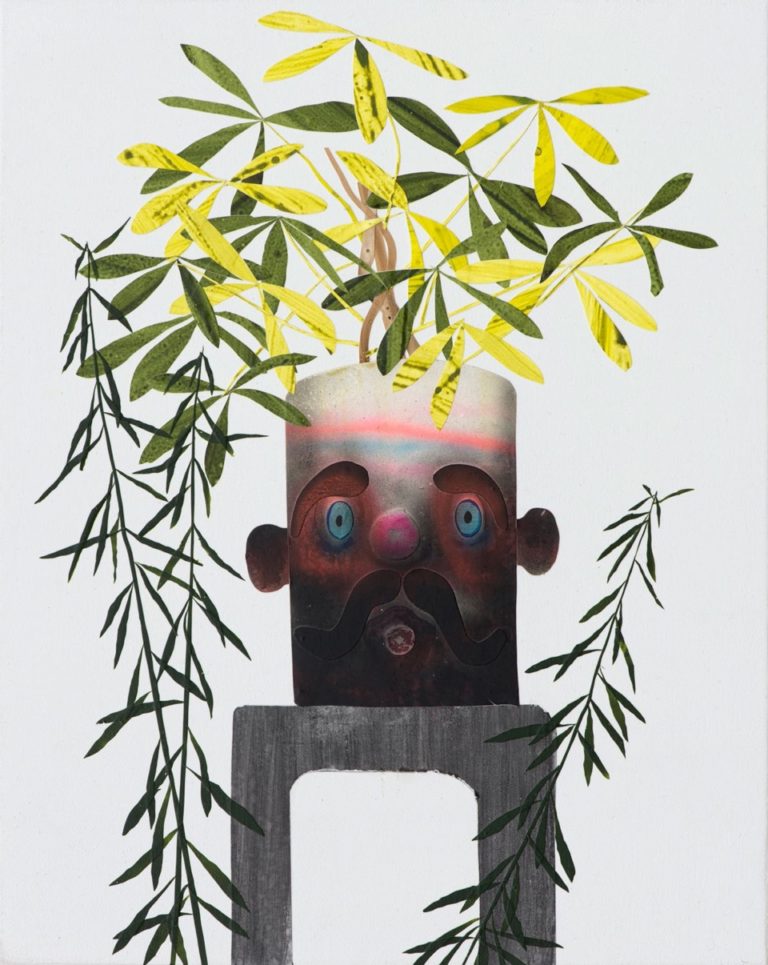 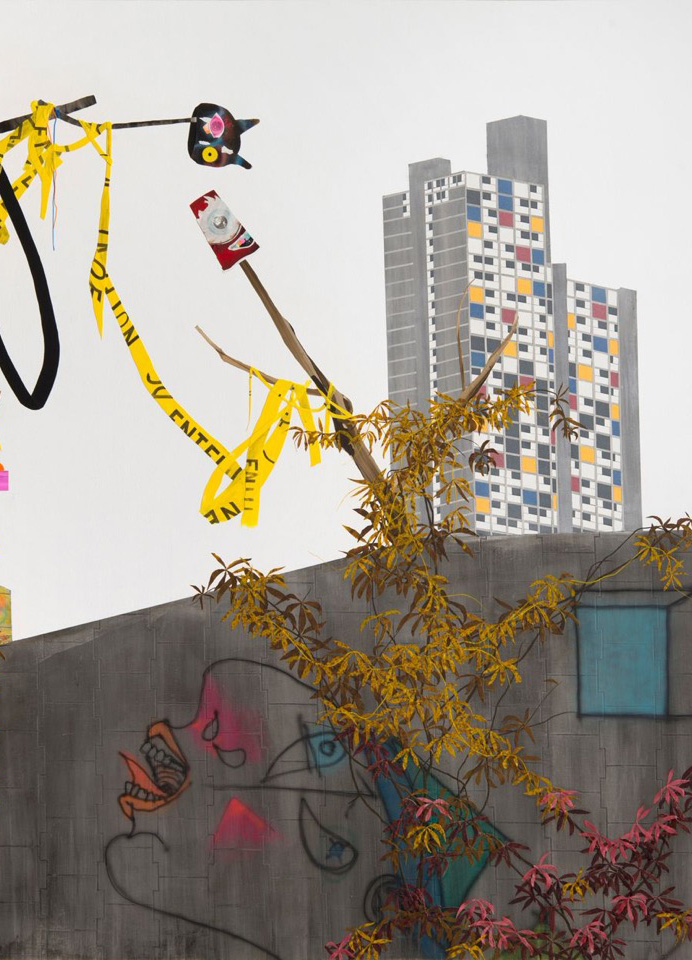 Erik Benson – The Tiger and the Magpie 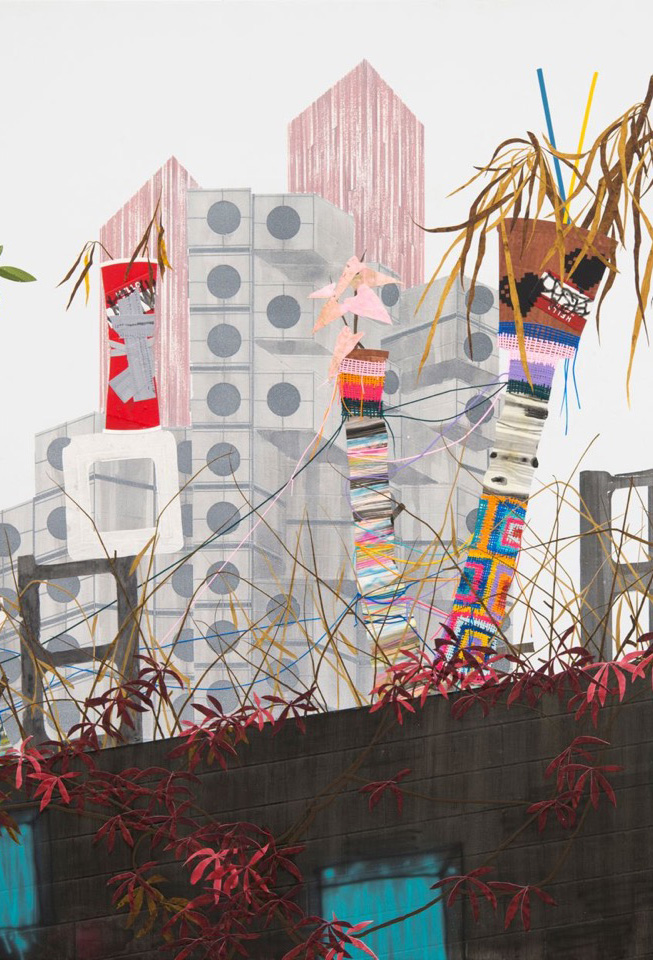 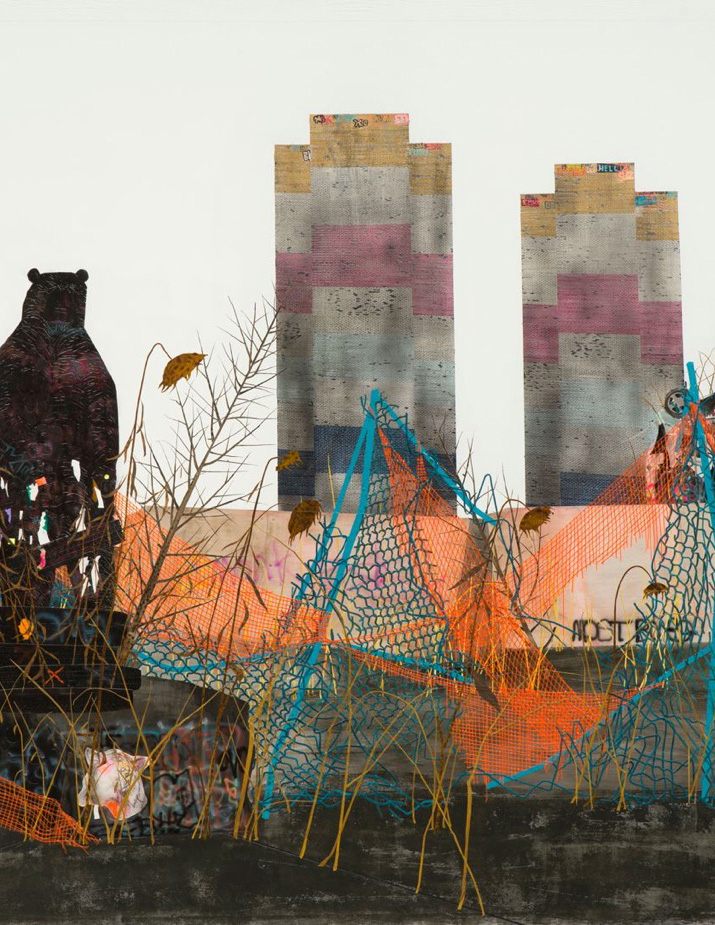 Rachel Mica Weiss creates sculptures and installations embedded with gravity and tension. Her installation practice is rooted in the craft of weaving—its technical processes, historical uses, and relationships to architecture. Her thread installations, hand-strung on site in a fashion mimicking the warping of a loom, are super-saturated yet diaphanous planes of color that confront the viewer with an unexpected strength.

Her monumental rope installations are walls or arcs of color that command space, engendering feelings of vulnerability and underscoring the laborious processes of their fabrication. By interrupting natural passageways or highlighting existing architectural elements, Weiss draws attention to the constraints within our physical and psychological spaces, and in so doing, shifts them. 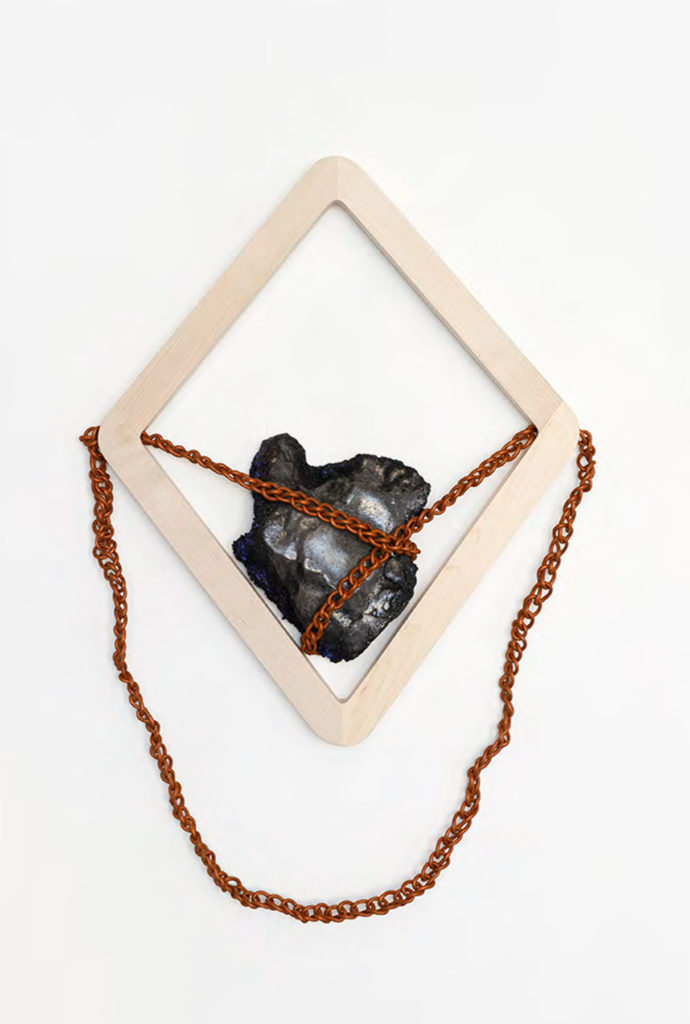 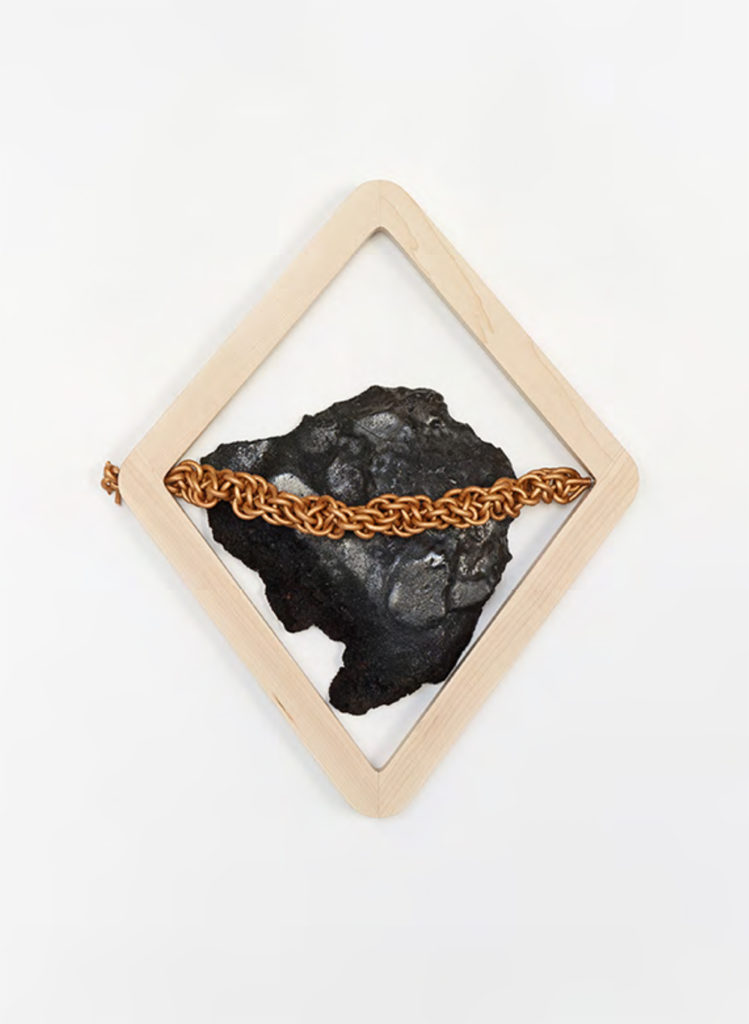 With a Bachelor of Fine Arts, John Procario took his love for sculpture and brought it into the world of design. After studying sculpture for the majority of his life he developed a specific kind of aesthetic that influences his work in furniture and lighting. It began with his idea of wood being a metaphor for the body. Wood will bend comfortably to a point, then break; just like bone or muscle, wood has its limit.

What John was trying to do in his work was push that limit to create a sense of strain in the wood’s gesture. Conceptually, he was trying to allow beauty to be the product of strain. Precariousness, harmony, balance, stress, and fluidity are some of the words he uses to describe his aesthetic. His furniture and sculptural luminairs are made up of bent wood, and done so in such a way that no two are the same. He does not use forms to bend and control the shape. Instead, he likes to allow this idea of letting the wood do as it pleases a bit, making the process something like a collaboration between the craftsman and the wood’s personality. The outcome is something beautiful and organic. 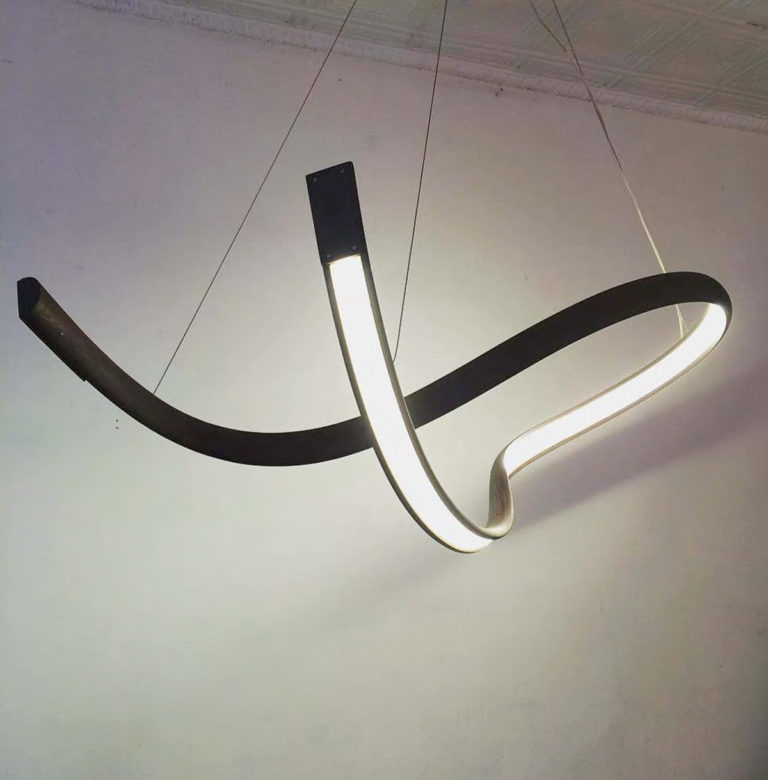 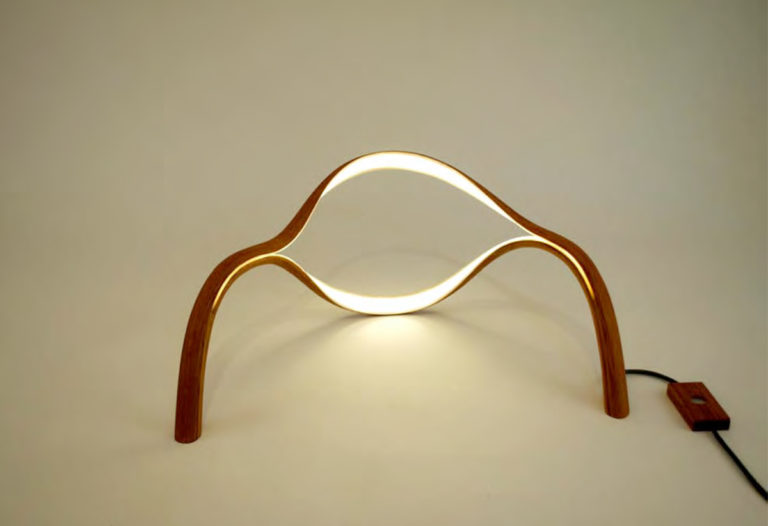 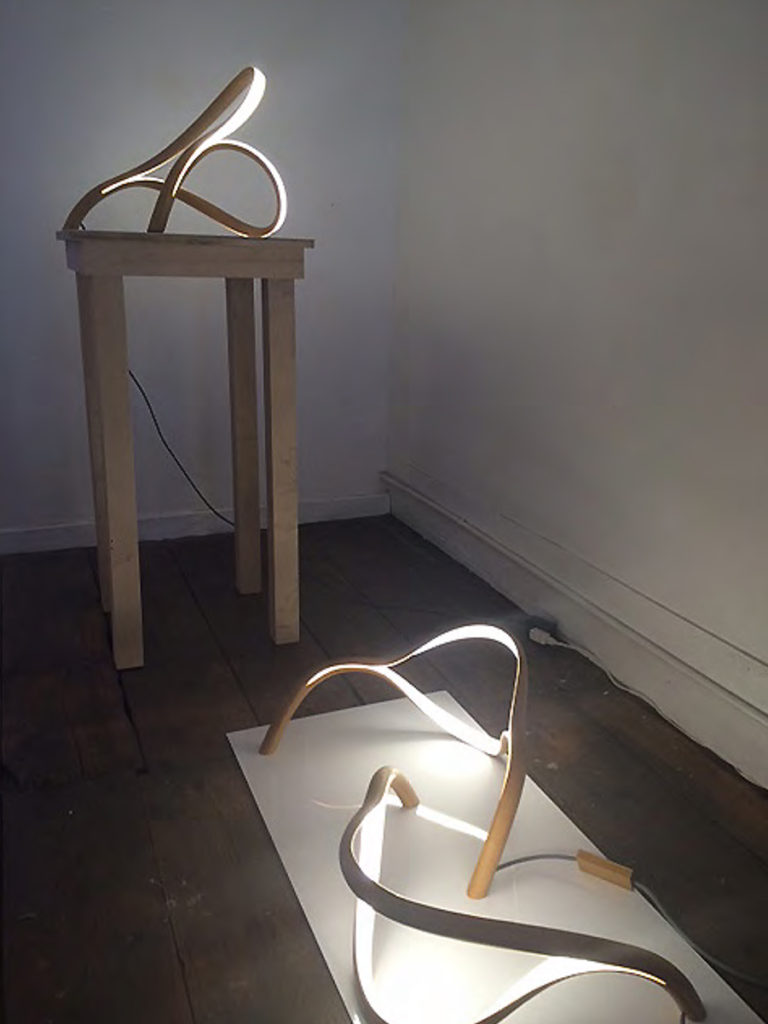 The delicate borders between the dream and the real, a deep fascination with the visual luxuries of ancient mythology and a potent desire to explore the inherent beauty within the disciplines of the physical and metaphysical sciences are all at work for Miami- based artist Santiago Rubino. His painstaking draftsmanship and razor-edged precision in executing geometric perspective and line contribute to the timeless quality of his figurative portraits. Sometimes placed in lavish surroundings, sometimes floating in a quiet pool of negative space, his characters command a distinctive poise evoking the regal air of a Victorian-era portrait sitter. These finely-drawn images communicate an airy, dream-like state. Faithful to pure, creative intuition and injecting a dark, urban streak into his work, Rubino’s work is rooted in a diverse range of principles from Renaissance cartooning, Classical Antiquity landscapes married with contemporary graffiti and character animation.

Santiago Rubino was born in Buenos Aires in 1979. For the last seven years, Rubino’s work has been exhibited at commercial and art fair-venues in New York, Los Angeles, Chicago, Mexico City, Toronto and Miami. Rubino has been featured in Ocean Drive Magazine, MIAMI Magazine, Art & Antiques, Juxtapoz Magazine and Artnet.com. Rubino lives and works in Miami. 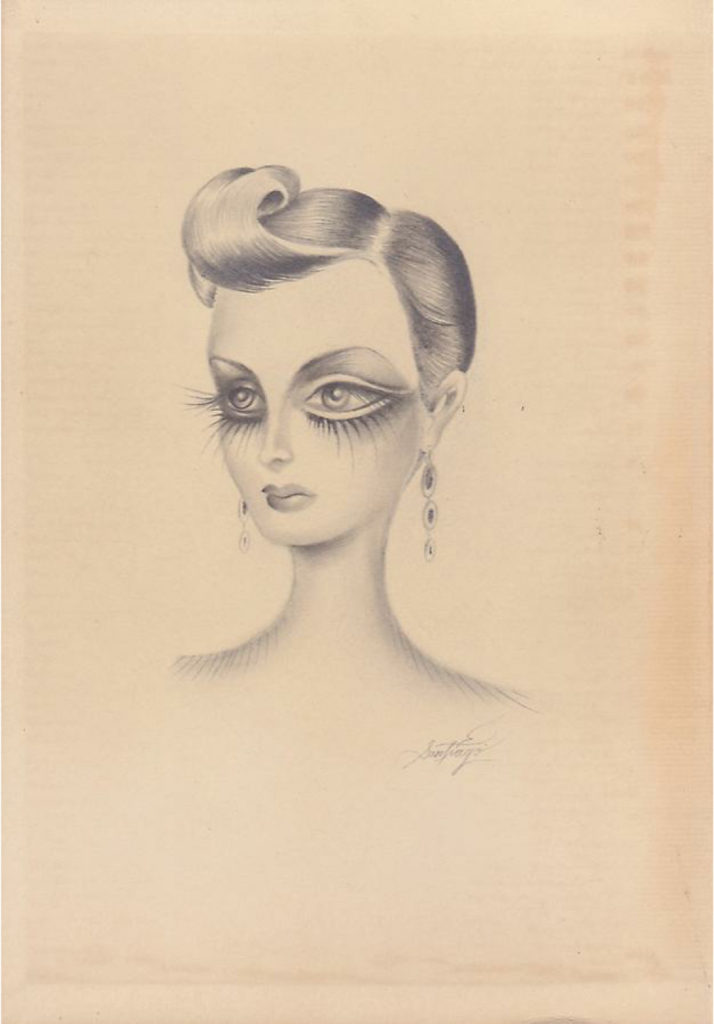 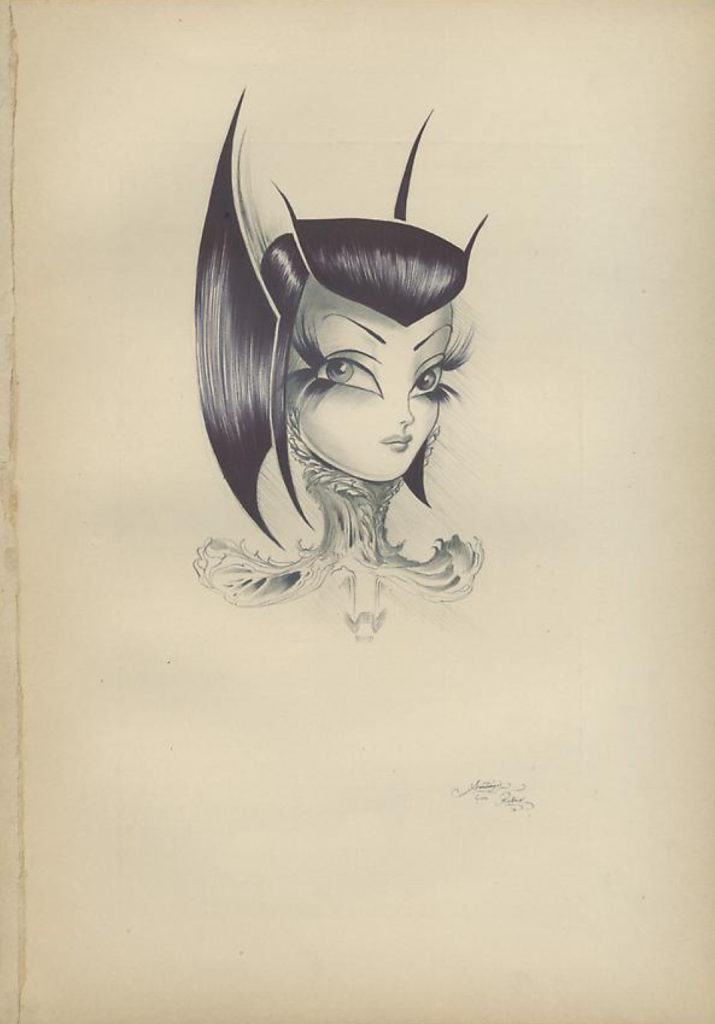 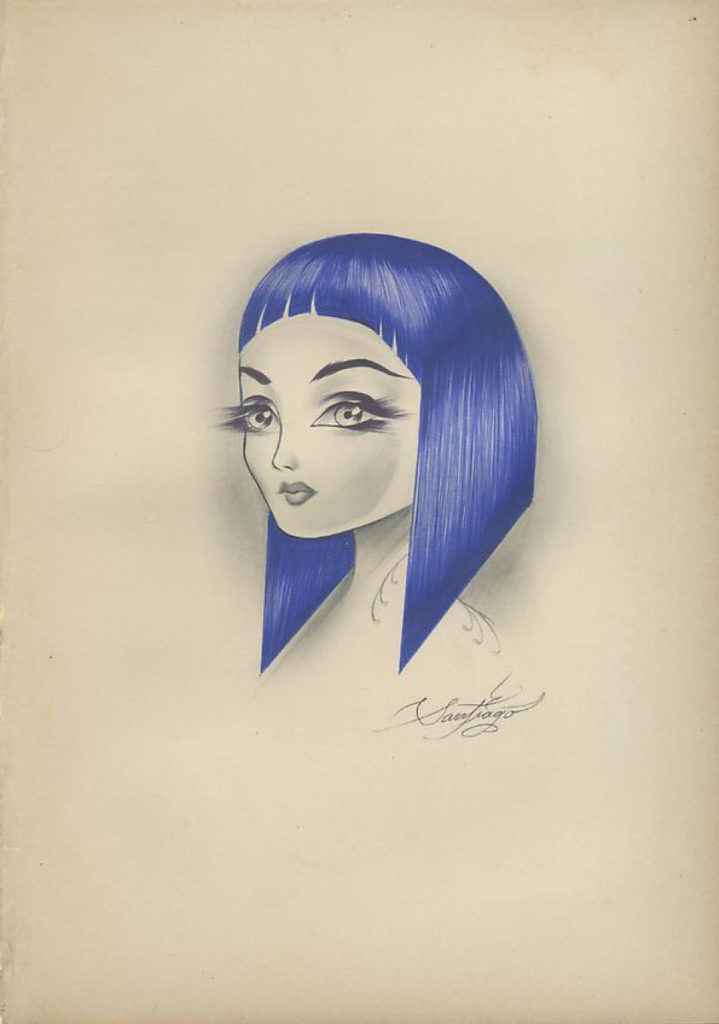 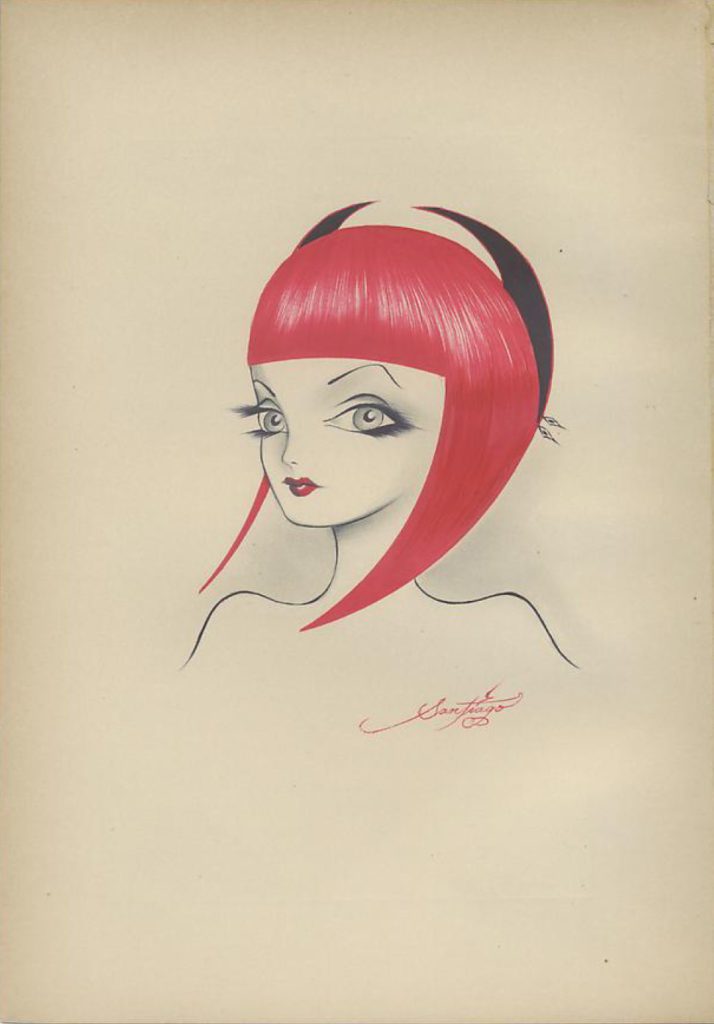 Santiago Rubino,Leorah,Ballpoint pen and graphite on vintage paper with artist frame, 10 x 7 in 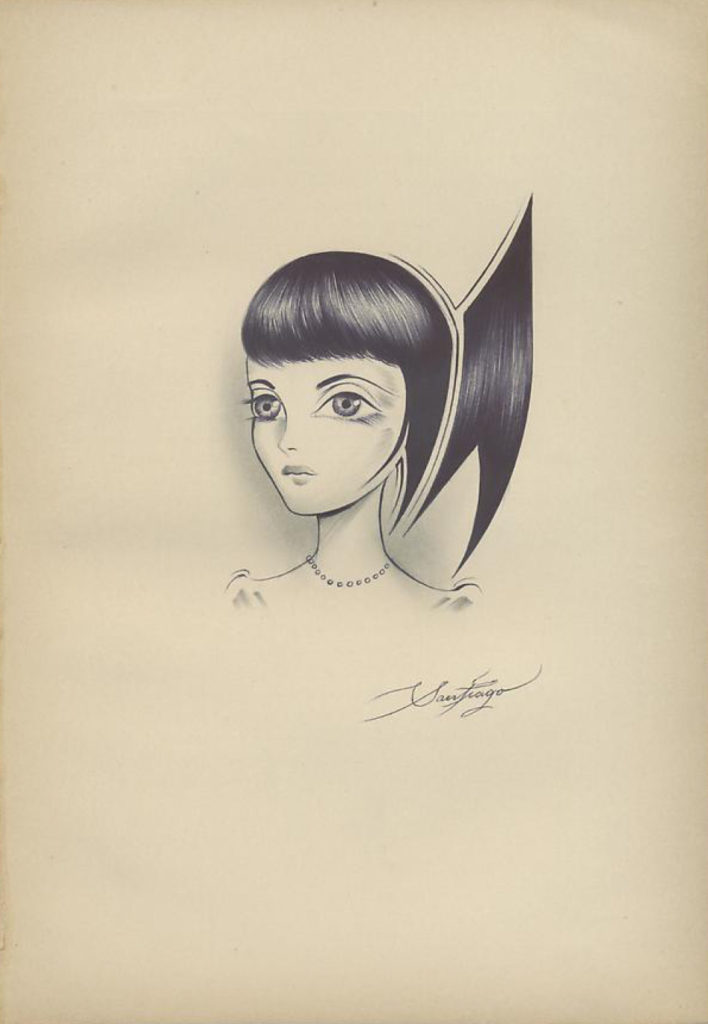 If you are interested in any of the works featured here, get in touch with us today to set up a personal consultation.